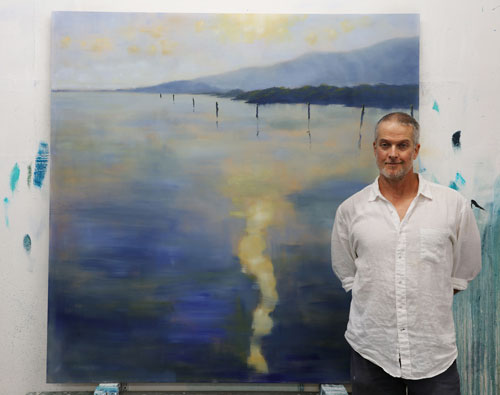 Mike Magruder is a NorCal native landscape painter. Since he was 6 years old, and his family spent 4 months sailing around the Virgin Islands on a 41’ sailboat, Mike has been captivated by nature, sunsets, and especially water. Water, and the ocean in particular, play an almost mythical and spiritual role in Mike’s work.

After studying Illustration at Art Center College of Design, Mike’s production slipped, as making a living took precedence, but he never stepped too far away from his easel, and passion, until 2015, when under the mentorship of Eric Zener, Mike began producing in earnest for several shows. Today Mike’s work resides among numerous collectors homes throughout the Bay Area.